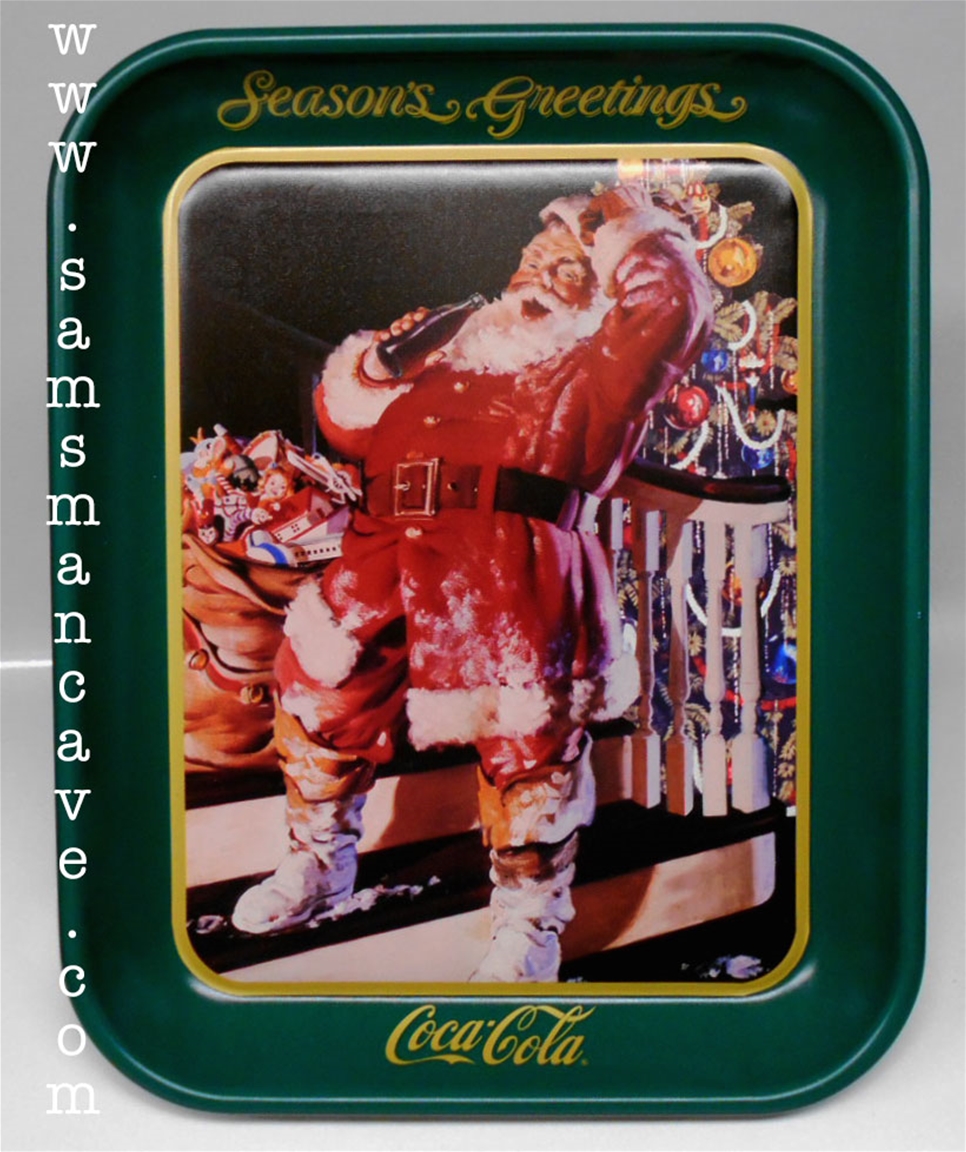 Other products by Coca-Cola

NEW OLD STOCK: 13 1/4" x 10 3/4" metal tray. Every year since 1930, Santa Claus has appeared on posters, billboards, Christmas cards, magazines and numerous other items promoting "Coca-Cola." The modern day version of Santa was created for the Coca-Cola company by Haddon Sundblom, one of America's famous commercial artists. Sundblom painted more than 35 Santas for The Coca-Cola Company. The first was painted in 1931. This adaptation of the 1942 Sundblom Santa was originally used as a magazine advertisement and as an outdoor billboard advertisement. Tray issued in 1992. 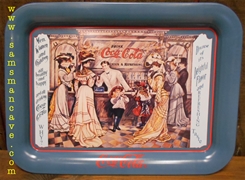 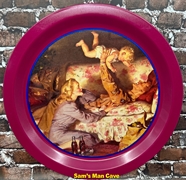